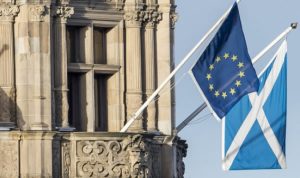 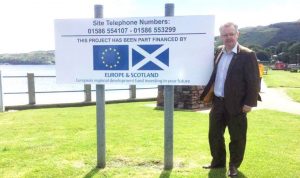 The paper – “Scotland’s Place in Europe” – was published today (Tuesday) and outlined the SNP’s determination for Scotland to remain in the European single market.

The paper also outlined substantial new powers that should be devolved to the Scottish Parliament as a result of Brexit.

“While we believe that full EU membership remains the best position for Scotland, the SNP have set out compromise proposals which would protect Scotland’s interests and would mitigate the damage Brexit will cause.

“At the heart of our plan is keeping Scotland’s in the European Single Market. That is vital for jobs, investment and our long-term prosperity, which are all seriously threatened by the hard Brexit now championed by the right-wing of the Tory party.

“It makes no sense for the UK to leave the Single Market and we’ve outlined how this could be achieved. But if that happens we’ve also set out how Scotland could remain in the single market if the rest of the UK leaves.

“And in line with promises made by the Leave campaign and by the UK government since, our proposals include the transfer of substantial powers to the Scottish Parliament.

“The Tory Government at Westminster says Scotland is an equal partner in the UK. It’s now time for them to prove that’s the case and back these plans to stop the disaster of a hard Brexit.”