THERESA MAY MUST RESPECT SCOTTISH PARLIAMENT

Local MP Brendan O’Hara has welcomed the decision by the Supreme Court that the UK Parliament must have the opportunity to vote on legislation before the UK can be taken out of the EU. 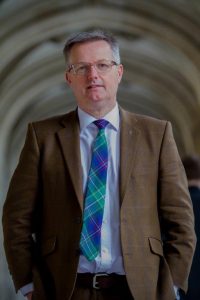 Following the decision by the Supreme Court judges yesterday, the SNP has said they will put forward 50 “serious and substantive” amendments to the UK government legislation.

SNP MP Brendan O’Hara has said the party will amend the legislation to include a call for the UK government to publish a comprehensive ‘White Paper’ on their plans; that agreement is made by devolved administrations and that the European Commission must be in agreement of the final terms.

“The Supreme Court’s decision is welcome- the Tories cannot bypass parliament on one of the biggest decisions facing the UK. Leaving the EU would affect us all- from jobs to industry and our ability to travel”.

“For six months SNP MPs have been raising concerns surrounding a hard Tory Brexit but the Prime Minister has not listened”.

“If Theresa May is intent on being true to her word that Scotland and the other devolved administrations are equal partners in this process, then now is the time to show it.”

“Our amendments will address the very serious concerns facing the UK and the very real issues that the UK government has, thus far, avoided.”