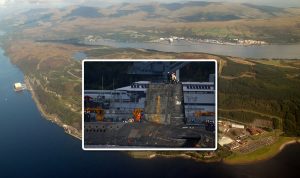 Scottish National Party Defence spokesperson Brendan O’Hara MP has said reports that the entire UK fleet of attack submarines has been out of operation due to urgent repair and maintenance work leaving the UK’s maritime defence capacity highly vulnerable – is ‘chilling’.

The UK’s seven hunter-killer vessels are understood to be ‘non-operational’. It is also reported that the prime minister has – unbelievably ‘been kept in the dark by defence chiefs’ who have been too alarmed to inform Number 10.

This follows the recent attempt to cover up a serious malfunction at a Trident missile launch test, which was also covered up and caused huge embarrassment to the prime minister when she repeatedly refused to answer if she had been aware of it. 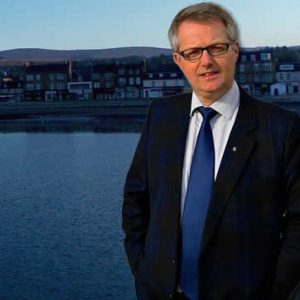 “Reports of all seven attack submarines being out of action are astonishing. If – as reported – our complete lack of any submarine attack capability was ‘kept from the prime minister’ – then it is simply indefensible.

“First there was the recent Trident malfunction fiasco, now we have this chilling situation. How can we possibly trust those in charge of our defence when we hear about this utter incompetence and yet another Whitehall nuclear cover up. It is a scandal.

“This latest Whitehall farce could be dangerously undermining the very core of the UK government’s defence position of the Continuous-At-Sea-Deterrent.

“With the ballooning – out of control costs of Trident, the remainder of our conventional defences are being cut to the bone to pay for it. We must have a basic right to know if it is fulfilling its role.

‘’Do we presently have an operational Continuous-At-Sea-Deterrent? Has it been in interrupted – and if so for how long? Do we have any operational submarines currently at sea? Was the prime minister told of any of these problems or were officials so scared of the reaction that they concealed it from her? – as is reported today.

“These are all questions I have submitted to the Ministry of Defence today. What is also worrying is whether essential repairs and maintenance, now clearly desperate and urgent, will once again cut into the ever dwindling money-pot to pay for our most basic of conventional defences?’’