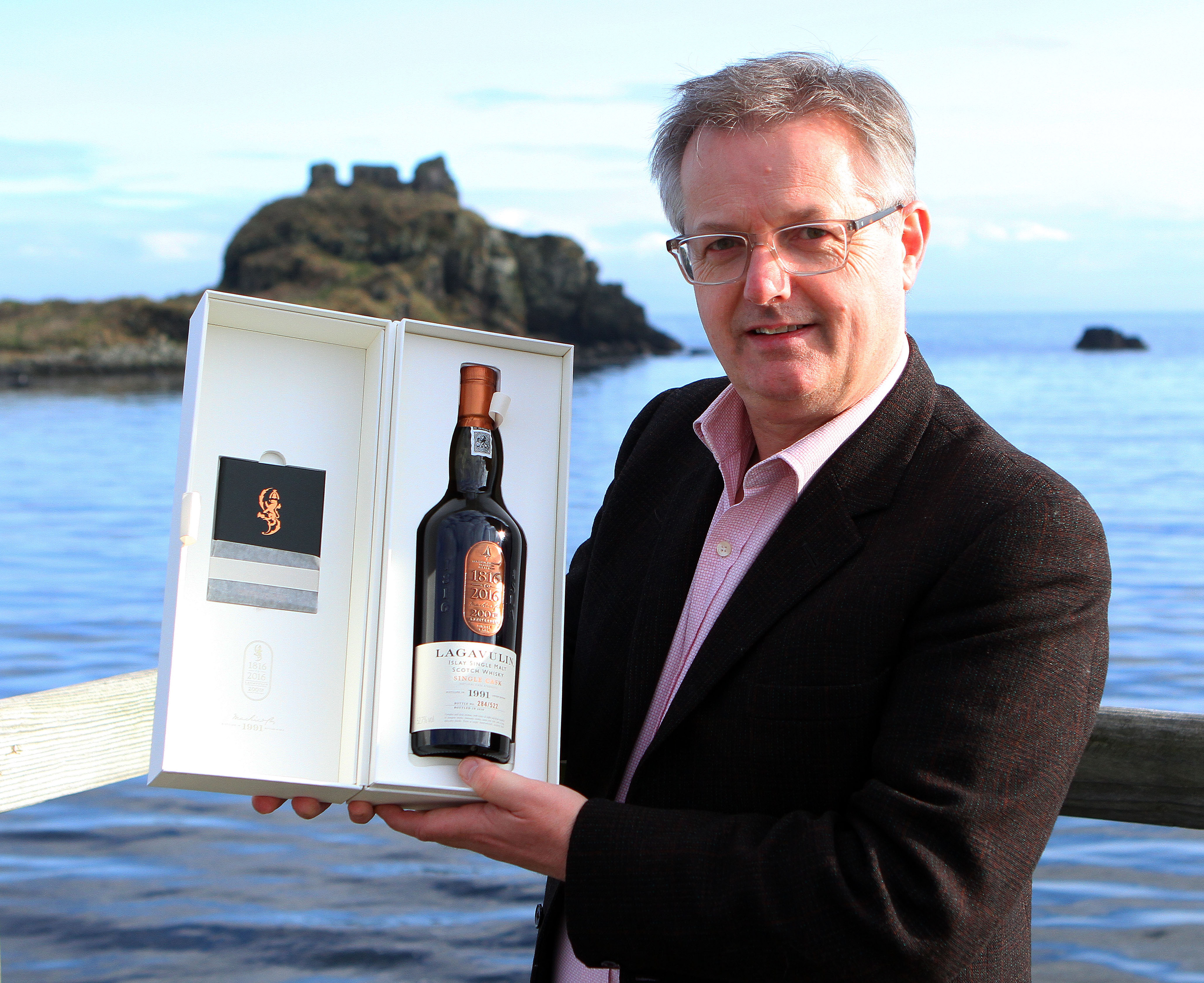 During a constituency visit to Islay, local MP Brendan O’Hara took the opportunity to collect one of only 522 bottles of a bicentenary special-edition single-cask Lagavulin Malt Whisky, launched on their 200th year on the island to raise funds for Islay community projects.

The special-edition bottles were sold by ballot and despite fierce competition, the MP finally secured his bottle by digital ballot on the 1st March, he then took the opportunity of a pre-arranged constituency engagement to again visit the distillery and collect his coveted purchase, the proceeds of which are being reinvested back into the community by a variety of local Trust’s.
Islay, already one of Scotland’s most famous whisky islands will see the roll-out of a major new initiative to support the exploration, conservation and promotion of its heritage.
Marking the 200th anniversary of Lagavulin Distillery, Islay Heritage, a charity devoted to exploring Islay’s past, will ensure that the island’s true status at the heart of Scotland’s story is secured and told to the world. Bicentenary celebrations included a special-edition of just 522 bottles, to be sold by digital ballot, to raise funds for various community projects to mark the distillery’s legacy to the community on Islay.
All proceeds from the legacy bottling will be distributed to local projects, including a donation of £310,000 for Islay Heritage to help in its mission to build a comprehensive story of Islay’s past based on the island’s archaeological sites and monuments, including accessibility and interpretation of these sites. £60,000 will also go to support the Finlaggan Trust, responsible for maintaining the island’s most famous historical site at Finlaggan, the home of the Lords of the Isles. Contributions will also be made to other local community projects including the swimming pool, cyber café, arts and festival organisations and a new partnership with RSPB to restore and conserve peatlands on the island. In total the community legacy will total £580,000. 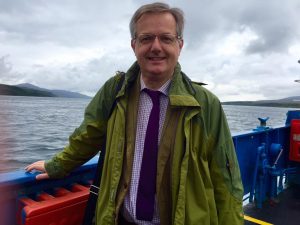 Brendan O’Hara MP said:
“Scotch whisky is a major contributor to the Scottish economy, it has immense international reach and is part of our cultural identity. We must not underestimate the contribution made by all our distilleries, large and small to Scotland”.
“I was delighted to take part in this ballot, and I am delighted that the proceeds of the sale of each of these bottles is going back into the community, helping to secure the cultural and historic importance of Islay into the future and for that I must commend Lagavulin’s initiative”.

“Whilst a huge fan of Scotch whisky, I am also chair of the All Party Parliamentary Group for Scotch whisky and brought a group of fellow parliamentarians to Islay last year to show them the importance of Islay to both the whisky industry but also as part of our shared heritage.”
“I was delighted to secure my own special edition of the bicentenary bottle of Lagauvulin, However I could only take part in this ballot thanks to my wonderfully understanding wife and a very flexible friend in my pocket”.