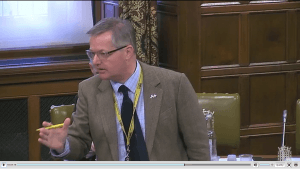 New economic impact analysis by the Scottish Government, released yesterday, has confirmed that the best way to protect the local economy and household incomes in Argyll and Bute is through Scotland remaining in the Single Market and Customs Union.

Failure by the Tory government to secure a Brexit deal would see Scotland take a £12.7 billion economic hit, equivalent to £2,300 per year for each person in Argyll and Bute. The analysis also shows that a ‘Canada-type’ deal with the EU, with limited access to the Single Market, would still leave people in Argyll and Bute £1,610 worse off per head.

Other key findings show that remaining in the Single Market could create new opportunities for the local economy in Argyll and Bute to flourish, and that continued freedom of movement is required to support economic growth.

Brendan O’Hara MP commenting:  “Not only does our fishing and agriculture sectors but our NHS and our blossoming tourism industries all rely heavily of free movement.  Figures show that EU citizens currently working in in Argyll and Bute currently contribute an average of £10,400 in tax revenues.

Brendan O’Hara MP is urging Labour and Conservative MSPs who represent parts of Argyll and Bute – to stand up for Scotland’s continued place in the single market to protect jobs and household incomes in Argyll and Bute.

“The best way to protect the economy and jobs in Argyll and Bute is to ensure that Scotland remains within the European Single Market and Customs Union.

“This latest analysis by the Scottish Government shows just how important that is for people living in Argyll and Bute – who would be left £2,300 worse off in the result of a hard Brexit scenario that the Tories seem to be on course for.

“We know the Tory position on Brexit but I will be writing to Jeremy Corbyn, the UK leader of the labour party to ask him why his party is intent on pursuing a damaging, Brexit when the facts show just how harmful it will be for families living in Argyll and Bute.

“Labour’s position is becoming increasingly inexcusable. The labour party needs to come off the fence – and show that they are willing to stand up for jobs in Argyll and Bute by backing our calls to remain in the single market.

“People in Argyll and Bute voted decisively to remain in the European Union. We’re almost two years on from the vote and they UK government has failed to provide certainty for businesses and our public services which rely on free trade and free movement with the rest of the EU.

“The decisions taken over the coming months will be absolutely vital for jobs and the future of the local economy in our constituency. Failing to back Scotland’s continued place in Europe would have serious consequences and would be an absolute tragedy for future generations.”

Link to Scotland’s Place in Europe: People, Jobs and Investment