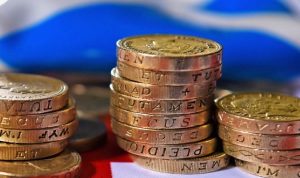 On the first day’s debate on the Budget at Westminster, Argyll & Bute MP Brendan O’Hara launched a scathing attack on the Chancellor of the Exchequer, accusing him of choosing not to end Austerity when he had the opportunity and of failing to halt the roll out of Universal Credit, until the poorest and most vulnerable were protected.

Brendan O’Hara MP has also accused the Chancellor’s budget of not being capable of withstanding the gruelling challenges of Brexit with the expectation of a ‘fiscal event’ triggering further budgetary interventions in the early part of 2019.

Mr O’Hara has repeated that ten years on from the financial crash, the UK government is continuing to balance the books on the backs of the poorest in society, with household budgets facing yet further constraints due to Brexit.

It is also apparent that the Scottish people will be hit once again on a failed promise of £600m in funding for Scotland’s NHS, facing a shortfall of £50m, a staggering £250m over the term of yesterday’s budget.

Brendan O’Hara MP said:
“Not one of us can trust or believe a single word we heard from the Chancellor, this budget is little more than a ‘wish list’ cobbled together by someone seriously lacking in ambition and with the strong possibility that neither the PM or Chancellor will be in post when the budget takes effect, what do they have to lose?”
“Ten years of austerity and the Scottish resource block grant is down £2bn in 2019/20 compared to 2010/11, a fact no one can dispute.
“Roughly translated, Scotland’s block grant has been hit by 6.9% in cuts by the tory government since 2010. These cuts affect each and every one of us.
“There is no doubt this Tory government is making Scotland worse off and after Brexit, even if the UK signs a free trade agreement with the EU, this will mean Scotland’s GDP will be 6.1%, or £1,610 per person, lower by 2030.
“Instead of halting Universal Credit – the Chancellor has only applied a sticking plaster to a system that is failing the weakest and the most vulnerable in our society.
“This Chancellor has failed to introduce a real Living wage, failed to lift the benefits freeze, failed to scrap the two-child cap, failed to abolish the bedroom tax, failed to halt Universal Credit and failed to give fairness to the thousands of WASPI women across Argyll and Bute who have lost their pensions.
“Worse still, with the UK Government’s failure to match fund the Tayside deal, undercutting the Scottish Government pledge by £50bn, I’m now seriously concerned about the prospects for Argyll and Bute’s rural growth deal.