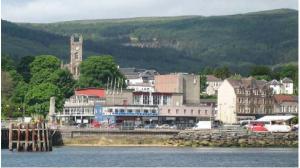 The Excellence and Recognition Awards are a yearly event which recognises excellence and innovation by staff within Argyll & Bute Council.

Commenting, Brendan said,
“I was honoured to attend the Excellence and Recognition Awards, the hard working employees of Argyll & Bute Council are day and daily doing their best to serve our communities. I congratulate all the winners and thank all staff, who in times of austerity and budget cuts are doing their utmost to continue to provide services. 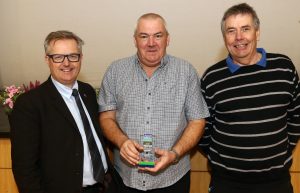 “I was particularly delighted that Donald Connolly and Alistair MacDonald on behalf of the Roads and Amenity Services and Ellen Clarkin, Genevieve Hunter, Victoria Laws, Sarah Docherty, Angela McMullan, Jean Laws and Michelle Kane on behalf of Home Care Services, received the Chief Executive’s Special Award for their care and dedication to the residents of Glen Fruin, helping the families who became trapped in their homes with diminishing food supplies during the aptly named ‘Best of the East’. 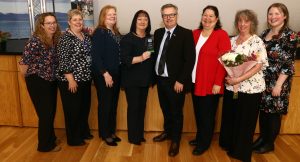 “I was also thrilled for Ann Martin, a social worker working in Oban, who was recognised for her commitment , dedication and public service by being named Employee of the Year and receiving the Chief Executive’s Award “ 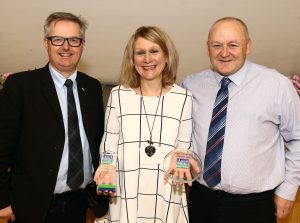