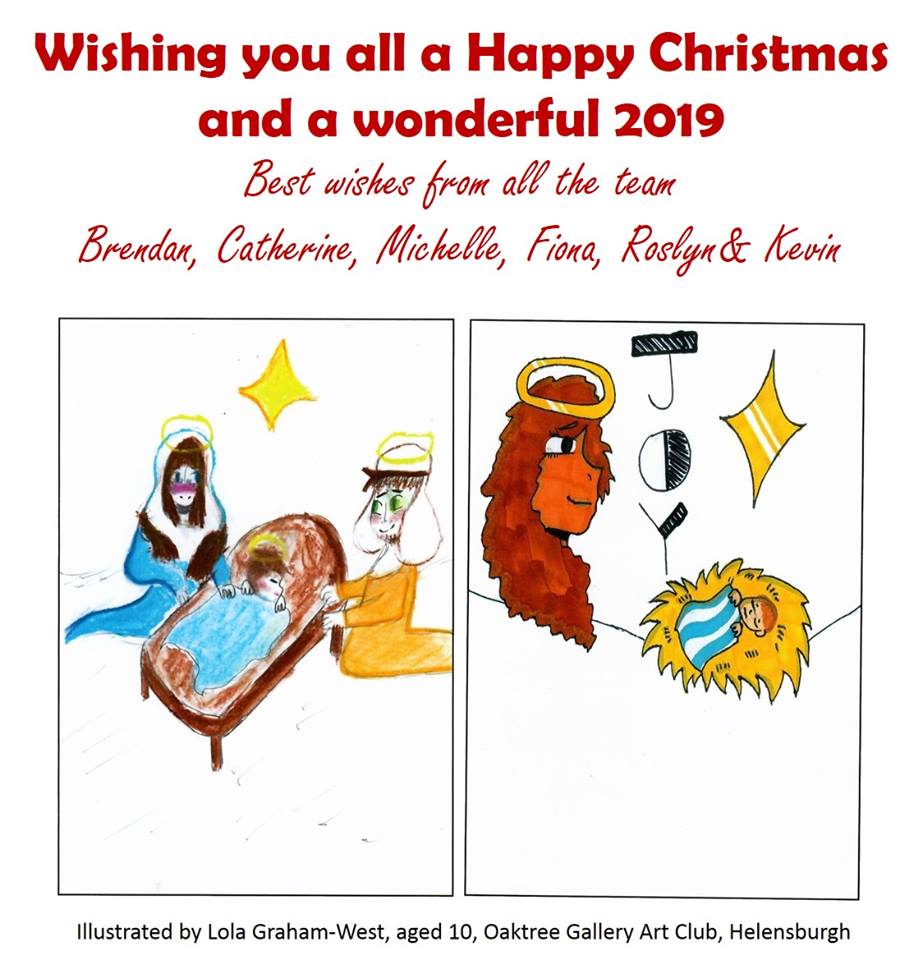 It is completely unacceptable that the Tory Government will not intervene in the BBC's decision to scrap the free TV licence fee for the over 75's. Now, more than ever access to information is vital and for many people, especially elderly people who are housebound or living in remote areas, this is a lifeline service. ... See MoreSee Less

BBC put 77% of Argyll & Bute pensioners under added financial pressure It is disgraceful that the BBC has decided to end free TV licences for most over-75’s on August 1. The UK Government is respons...
View on Facebook
·Share

Thanks to everyone who has helped us get to Phase 3 of our transition out of lockdown.

It is down to the sacrifices that so many people have made over the past few months that we are able to start seeing family and friends again, travel further and see our shops, hairdressers and even beer gardens re-open and our hugely important tourism and hospitality industry begin its recovery.

However, we must continue to follow the FACTS
to ensure the virus remains suppressed and we can move to the next stage, not go backwards.

F – Face coverings should be worn in enclosed spaces.
A – Avoid crowded areas, both indoors and outdoors.
C – Clean your hands and hard surfaces regularly and thoroughly.
T – Two metre distancing from people outside of your household.
S – Self-isolate, and book a test immediately, if you have symptoms of COVID-19.

This link to my website has the main updates. Please feel free to share, thank you. ... See MoreSee Less

What’s new in Phase 3 of our transition out of lockdown? The First Minister today (Thursday, July 9) announced that the progress we’ve made in suppressing COVID-19 means that we can now move to ph...
View on Facebook
·Share

The SNP has said that "the threat of mass redundancies is growing" after the Tory government confirmed it would cut off the furlough scheme prematurely - and failed to deliver the financial powers and scale of funds needed to secure a strong recovery.

Meanwhile, economic experts, businesses and trade unions have echoed concerns raised by the SNP that the measures announced do not go far enough to protect jobs and prevent lasting damage to the economy.

Alison Thewliss MP said the Tory government must come back with a comprehensive plan to protect jobs - or it would be "directly responsible for thousands of unnecessary redundancies."

The SNP Shadow Chancellor is calling for a fiscal stimulus recovery package of at least £80billion (4% of GDP), the extension of the furlough schemes into 2021, and the devolution of financial powers to the Scottish Parliament. ... See MoreSee Less

Following the very sad death of the Lochgilphead's much-loved and respected postmaster Findlay Campbell last month, the Post Office has been in touch with me to set out how it intends to deliver postal services in the meantime.
The attached document gives more information and residents are able to give their views. I'd encourage anyone with an interest to have your say.
I'd also like to pass on my sympathies to Mr Campbell's family and friends and recognise the hard work and exceptional customer service he provided over the years. This is so important to communities like Lochgilphead and I know he is very much missed.
I am grateful to the postmaster at Tarbert for stepping in to help with the mobile service. ... See MoreSee Less

This morning in the House of Commons I asked the Foreign Office minister for the Middle East what action his Government is taking to deal with human rights abuses in Bahrain.

As the SNP Spokesperson on International Human Rights and Chair of the APPG on Democracy and Human Rights in the Gulf, I am glad that this serious issue was raised as an Urgent Question.

I have been in touch with the Minister and his colleagues about this issue several times recently as the death penalty becomes increasingly commonplace in Bahrain. There are no fewer than ten political prisoners awaiting execution in Bahrain, a country which has seen a massive rise in executions since 2017.

Since 2012, the UK has been providing Bahrain with what it calls 'Technical Assistance' assistance which is designed to “help build effective and accountable institutions, strengthening the rule of law, and assist with police and judicial reform”.

But given that the International Rehabilitation Council for Torture Victims has declared the investigation of this case, carried out by Bahrain’s Special Investigation Unit to be “seriously flawed” and that it failed to meet even the minimum international legal standards and also breached the Istanbul Protocol, I asked if the Minister would now review the UK’s Technical Assistance Programme to Bahrain, and agree to suspend it immediately, if these death sentences are carried out.

The UK Government needs to stand up for human rights if it ever wants to give any meaning to 'Global Britain'; as such it must suspend its funding for Bahrain, and sanction those responsible.

Thank you to all consituents who have been in touch about this issue this week. ... See MoreSee Less

This afternoon the Chancellor gave a statement to the House where he set out his Government's plans for re-building the economy. However, while temporarily cutting VAT to 5% is welcome for the hospitality, tourism & food and drink sector, these businesses, which are already fragile following months of enforced closure, need more support if they are to survive and continue to employ thousands of people across Argyll & Bute.
One of the most effective ways to secure the future of the industry and ease the worries of those directly affected, would've been to extend the furlough scheme as Spain has done and also to offer further grant support instead of loans.
I am very disappointed that he has refused to consider this. So many businesses across this area need as much support as they can get during these exceptionally challenging times. They do not need to get into debt with no way of knowing how long it will take for the economy to recover. ... See MoreSee Less

The SNP's Westminster Leader has called for the Job Retention Scheme to be extended for as long as all four nations require it - amid warnings 3.8 million people across the UK could face unemployment if the furlough scheme ends prematurely.

Speaking at Prime Ministers Questions, Ian Blackford MP said Boris Johnson seems intent on "sinking the lifeboat that has been keeping so many people afloat" by refusing to make a commitment to an extension.

Mr Blackford added that if the Prime Minister was not going to extend the Job Retention scheme, he should "give Scotland the powers so we can do it ourselves" - by devolving the financial powers that the Scottish Government has called for.

Separately, SNP MP Angela Crawley urged the Prime Minister to fix the serious gaps in the furlough scheme, which have left millions of recently-employed workers, freelancers and the self-employed without the support they need.

"The Job Retention Scheme has been a lifeline to millions, yet we could see progress unravel if the Tory government ends the scheme prematurely.

"Millions of people could find themselves out of work, struggling to pay bills and put food on the table if this crucial support is withdrawn while the pandemic continues.

"Just this week we have seen Spain look to extend their furlough scheme until 2021.

"Research has shown that ending the Job Retention Scheme too soon risks permanently higher unemployment and weaker productivity, with a potential loss of £50bn a year to GDP.

"The Resolution Foundation are calling for £3-5bn to be spent on extending furlough payments for the hardest hit sectors, and the TUC are warning of the effect ending the furlough scheme early would have on people who are shielding.

"Boris Johnson seems intent on sinking the lifeboat that has been keeping so many people afloat.

"If the Prime Minister will not extend the furlough scheme, then he must give Scotland the powers so we can do it ourselves. People must not lose their jobs because the Tory government refuses to act." ... See MoreSee Less

The SNP has demanded the UK government reverse its decision to resume selling arms to Saudi Arabia – despite concluding they could be used to commit war crimes.

In a written statement, the trade secretary, Liz Truss, said sales would restart after an official review concluded there had been only “isolated incidents” of airstrikes in Yemen that breached humanitarian law. The decision comes just over a year after the Court of Appeal ruled the UK government’s actions in selling arms to Saudi Arabia were “unlawful”

According to UN data, about 14 million people – half of Yemen’s population – are currently at risk of famine – a situation compounded by Saudi border blockades. The Saudi-led coalition has received British training on naval tactics that could be used for blockading Yemen in an embargo which UN experts have describes and ‘unlawful’ and violating international humanitarian law.

Twenty two million Yemenis (79% of the population) are in need of aid and protection. Since the war in Yemen began in 2015, the UK government’s arms sales to Saudi Arabia have totalled more than £4.6 billion. ... See MoreSee Less

Great speech from @BrendanOHaraMP on #Bahrain 🇧🇭 and Husain Moosa and Mohamed Ramadan, sentenced to death. #Bahrain is an important partner in the Arabian Gulf and @theSNP deplore the death penalty.

UK friends: Tennis coach, Masterchef contestant and super mum, @JudyMurray is on @BBCRadio4 this weekend talking about her love for Mary’s Meals! Tune in on Sunday at 7.55am or 9.25pm: http://bbc.co.uk/programmes/m000kww4

We are deeply grateful to @Ianblackford_MP for calling on the Prime Minister and the Parliament to join us Online July 11th at 7 pm in remembering the genocide of Bosnian Muslims and for his support of the work we do to ensure the genocide is not forgotten.

Supermarket retailer @AldiUK has announced that Helensburgh is among 19 locations across Scotland being targeted for a new store. Full story: https://www.helensburghadvertiser.co.uk/news/18568395.aldi-targets-new-supermarket-site-helensburgh/

The govt’s Agriculture Bill
1. Ditches British Animal Welfare standards
2. Will mean UK is flooded with cheap low quality food.
3. Will put UK farms at huge disadvantage
4. Uk will not be able to sell into their biggest market, the EU, because of the lowering of standards