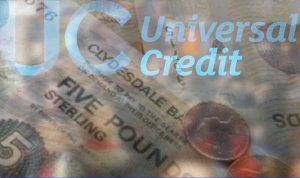 ARGYLL and Bute’s MP has slammed the “Dickensian” Universal Credit scheme after revealing a young Helensburgh family approached him for help after being left starving and desperate following a mistake in their application.

Brendan O’Hara says the controversial benefits system which was first rolled out in 2013 “penalises our most vulnerable citizens” and maintains the whole idea should have been scrapped long before now.

Addressing parliament in Westminster this week, the SNP MP said: “A few weeks ago, a young family with a new born baby appeared at my constituency office door in Helensburgh.

“They were halfway through their four-week Universal Credit assessment period. This was a family in crisis, they were penniless, the father hadn’t eaten for three days and they didn’t even have enough money to buy baby milk.

“They had been refused healthy start vouchers because they’d ticked the wrong box.

“Isn’t this the reality of poverty created by this government?”

Mr O’Hara says this example reflects just one isolated case of a common problem across the country since Universal Credit was introduced.

He added: “A young family approached me for support when they found themselves in crisis, and they are not alone.

“That crisis was a double-whammy of the void that so many people find themselves in waiting out the ‘assessment’ period of a Universal Credit claim.

“The problem was compounded when they were told they were not entitled to Healthy Start vouchers to access baby milk which we later found out was a result of ticking the wrong box on their claim.

“This whole system of Universal Credit should have been halted when the known problems were flagging up as the rollout continued.

“This problem is founded on political choice and penalises our most vulnerable citizens.

“Compare and contrast with the ‘dignity and respect’ agenda behind the Scottish social security system.

“What happened to this young family was a direct result of UK government policy, a policy which is Dickensian, leaving some folk literally starving.

“The levels of inequality across the town are astonishing, ranging from great personal wealth to enormous levels of poverty.”