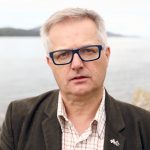 WESTMINSTER POLITICIANS BLOCKING SCOTLAND’S CHOICE IS ‘UNTENABLE’
Brendan O’Hara MP “We are entering a crucial week to save Scotland and Argyll & Bute from a catastrophic no deal Brexit”:

Returning to Westminster, Brendan O’Hara MP has warned that the week ahead will be “absolutely crucial” in working to save Scotland from a catastrophic no-deal Brexit.

Speaking as the Commons returns from summer recess tomorrow (Tuesday), the Brendan called on politicians from all sides of the House to “work together to oppose Boris Johnson’s damaging no-deal plans”, putting party differences aside.

And that it was “untenable” for politicians in Westminster to block the people of Scotland from having a say over their future as support for Scottish independence grows.

“As parliament returns from recess, we enter an absolutely crucial week in the fight to save Scotland and Argyll & Bute from a catastrophic no-deal Brexit.

“Here in Argyll & Bute our further education sector, food and drink sector, agriculture and farming industries and our booming tourism economy are all under perilous threat from Boris Johnson’s Brexit plans.

“There is no such thing as a good Brexit, and I will not rest in my work to stop the Prime Minister in his tracks and oppose Westminster imposing something that Scotland didn’t vote for.

“There is a clear majority in Parliament to stop a no-deal Brexit. It’s time for politicians to put their constituents before their own political ambitions and tell Boris Johnson that no-deal is not an option.
“Argyll & Bute did not vote for Brexit, and I will always stand up for Scotland’s overwhelming vote to Remain in the EU “