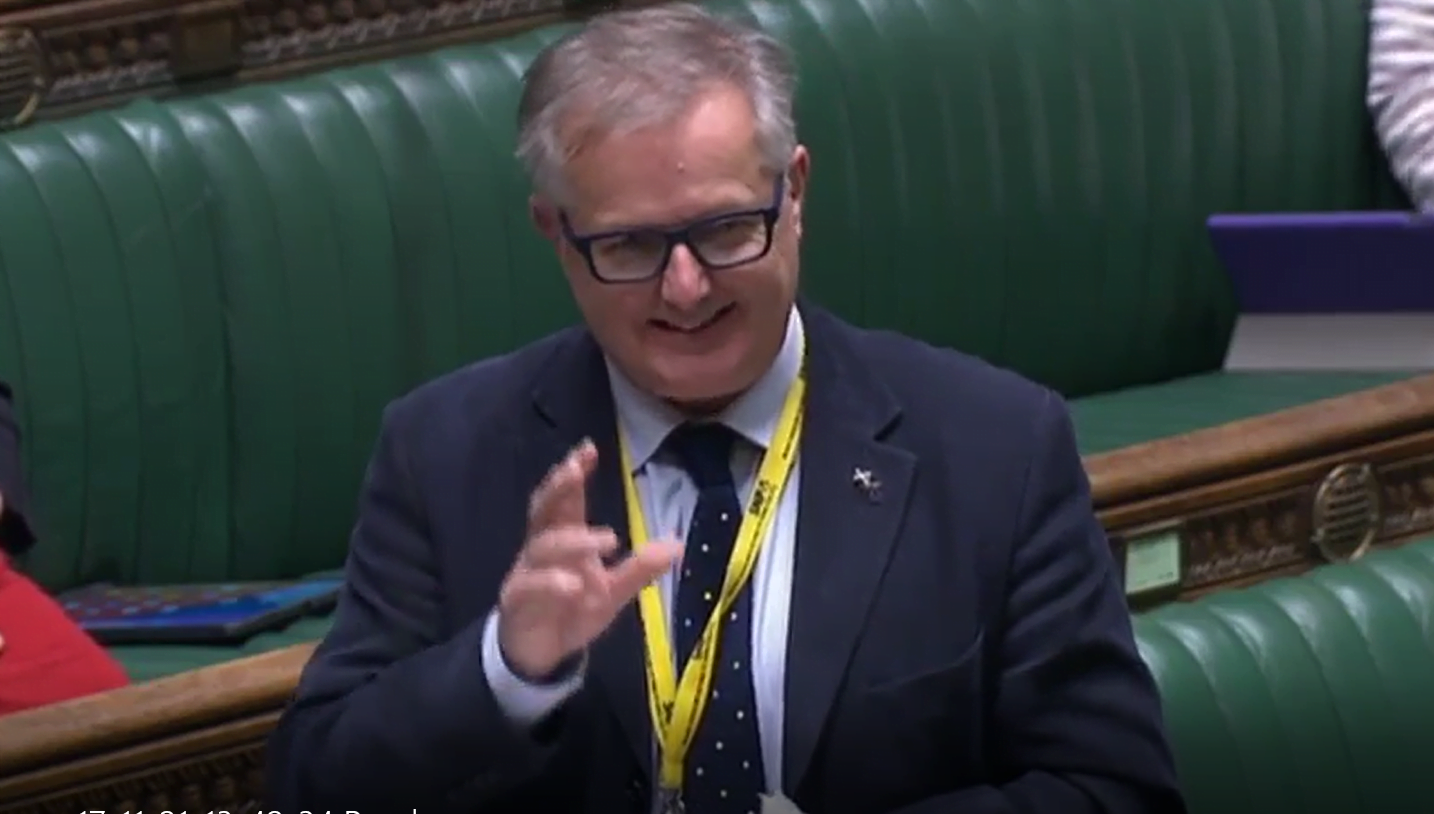 Yesterday afternoon I led for the SNP in the debate into the scandal involving former Tory MP Owen Paterson and Covid testing firm Randox, which secured millions of pounds of government contracts for Covid testing and PPE.

The SNP has backed calls for full disclosure into exactly what went on between the disgraced former MP, representatives of Randox Laboratories, Lord Bethell, Government Ministers or former government ministers and their Special Advisers.

That full transparency must include publication of all electronic communications, as well as notes and minutes of meetings between all or some of those parties, in relation to the awarding of hundreds of millions of pounds of Government Covid contracts to Randox Laboratories by the Department of Health and Social Care.

This is crony capitalism at its worst. It stinks and the closer we get to it, the more it reeks.

It is shocking, although probably not surprising, that in the debate today the Minister said the government was “unable to locate” formal minutes of a key meeting between Lord Bethell, Owen Paterson and Randox just after it was awarded a £133 million Covid testing contract.

The stench of corruption is beginning to engulf this government, who now stand accused of being accused of making certain well-placed individuals fabulously wealthy during this pandemic, not because of their skill or business acumen but primarily because of their political connections to the Conservative Party.

You can watch a clip of my full speech below and an extract here.

UK government must step up to secure Nazanin’s release

An appreciation of Walter Smith’s ‘remarkable’ contribution to Scottish Football