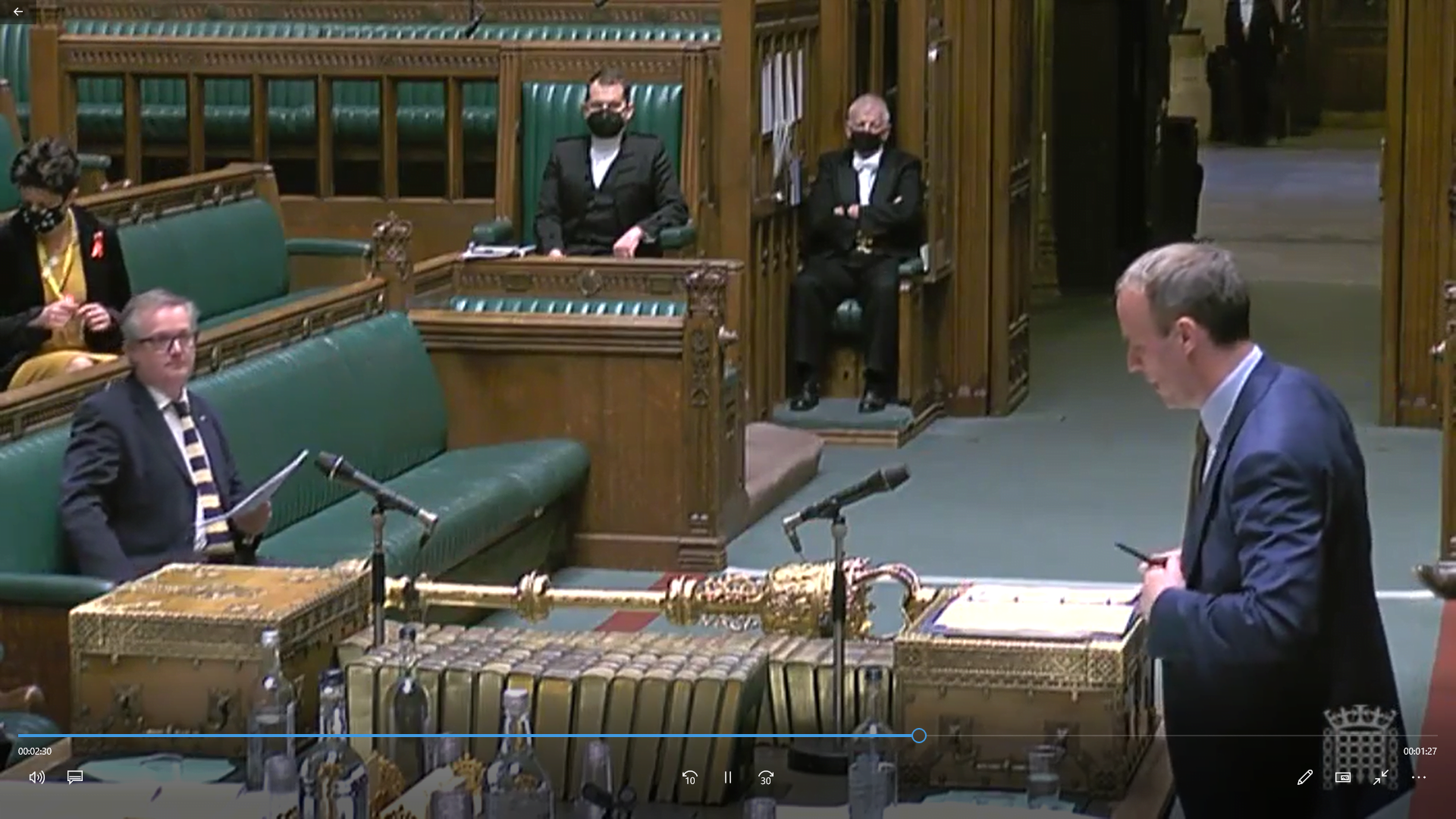 Today in Parliament, the UK Justice Secretary launched a review of human rights laws that Amnesty, Liberty & human rights lawyers say will in fact actually deprive so many people of many rights.

The highly controversial reforms will create a new bill of rights including introducing a permission stage to “deter spurious human rights claims” and change the balance between freedom of expression and privacy.

As I said in my speech, Dominic Raab’s statement says these reforms are necessary to “curtail abuses of the human rights system”. However, the government regularly tells us abuse of the system is the reason for reform of all manner of legislation that simply doesn’t suit them. They rarely manage to produce anything other than anecdotal evidence, evidence that wouldn’t stand up in a court of law ironically enough. So this time, I asked him if we can see the evidence?

He says the UK will remain a party to the European Convention on Human Rights (ECHR) but as I said in the earlier question session, different ministers give us different answers. I asked if he would confirm that the UK Government will respect provisions in the ECHR in full, with no tinkering and no equivocation.

It really does takes some brass neck for this government to invoke a history of upholding human rights, coming (as this statement does) hot on the heels of multiple, dreadful pieces of legislation designed to trash those rights. Legislation such as the Policing bill, the Elections Bill, The Judicial Review Bill and perhaps the most hideous of all, the Nationality and Borders bill.

I also talked about Scotland and asked if he appreciates how utterly fundamental the Human Rights Act is to how the devolution settlement works and if he recognised that any change would be a recasting of the UK’s constitution.

If this was happening elsewhere, there would be double majorities and referenda required before any changes could be implemented.

I was fully aware the Secretary of State would come back to me talking about “consultation” with the devolved governments. But it’s not enough – I told him we would demand that nothing will be done without the permission of the Scottish Government.

While he may have little respect for the democratically elected government of Scotland, he needs to understand how much the people of Scotland value their human rights and quite how outraged they will be by this.

I told him, “My party will fight to protect human rights across these islands and indeed across the globe. But the people of Scotland can do that in our country simply by voting yes at the next Independence referendum. The Justice Secretary has today played his part in ensuring that happens.”

You can hear more by clicking the link below.