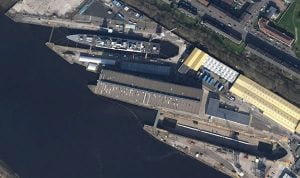 TORIES MUST NOT BETRAY WORKERS AFTER REFERENDUM PROMISES

An SNP MSP has condemned the Ministry of Defence after leaked emails showed that delays in the delivery of the Type 26 global combat vessels are to cost the tax payer more money than proceeding with the work – while putting jobs on the Clyde at risk, in a clear breach of promises made during the independence referendum.
The Type 26 frigates were due to be built by BAE Systems, with work beginning in December. The MoD then asked for savings of £500m to be made over five years, refusing the offer of BAE Systems to save £275m and still begin work on time. The delays have put jobs at risk, and the leaked emails suggest that the delays in building work will end up costing the taxpayer more money in the long-term, which has been echoed by Former First Sea Lord Admiral Lord West. 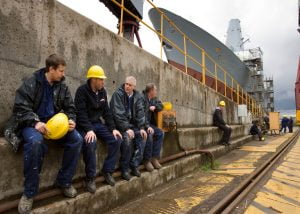 “These delays show the Tory Government’s ideological obsession with making cuts, no matter the cost. By going back on the original deal and rejecting the offer of BAE Systems to make savings whilst still beginning work on time, the Tories have confirmed that they are prepared to put jobs at risk and waste taxpayers’ money in pursuing cuts across all sectors of government.

“The Tory Government told us during the independence referendum that jobs in shipbuilding would be safe if Scotland voted No. If the very clear promises made to workers on the Clyde by the UK Government before the referendum were to be broken, it would be an unforgivable betrayal to the workforce – and people in Glasgow and across Scotland would not be quick to forget.

“What makes this even more remarkable is that the Tories continue to be willing to spend over £200bn replacing the outdated and completely redundant Trident nuclear weapons system. The country needs a defence system capable of tackling the many modern threats that we face, not one geared towards Cold War politics.

“The ongoing turmoil and uncertainty within the Tory party is no excuse for these delays and cuts. It’s about time the UK Government did the decent thing and kept the very clear promises they made to the workers during the referendum – and delivered the contract for the frigates without further delay.”

The story is reported on Page 4 of the Scottish Sun