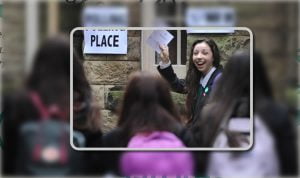 SNP MP Owen Thompson has today led a Westminster debate calling on the UK government to consider automatic voter registration following the “complete shambles” of the registration deadline for the EU Referendum.

The deadline for registering to vote in the referendum had to be extended by 48 hours after a government website crashed because it was unable to cope with the demand prior to the original deadline of midnight on Tuesday June 7th 2016.

Automatic registration is backed by key organisations including The NUS, Bite the Ballot, The Electoral Reform Society and by members of the APPG on Democratic Participation and The House of Commons Political and Constitutional Reform Committee. 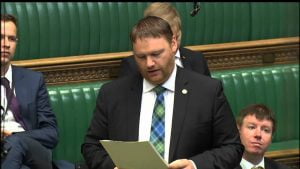 “The handling of the voter registration deadline for the EU Referendum was a complete shambles – nobody should be denied their right to vote and yet we know that there could be up to 10 million people missing from electoral registers.

“We all have a responsibility to ensure that nothing stands in the way of individuals making their voices heard and while voting itself should always be voluntary it is unacceptable when people are let down by the UK government’s own systems.

“Automatic voter registration works well in other countries and I urge the UK government to urgently look at introducing this so that no-one is denied their right to vote.”
Oliver Sidorczuk of Bite the Ballot said:

“Many people were locked out of the EU referendum because their names aren’t on the list. They’re missing from the register because they were either removed last year (and failed to re-register, individually) or because they believe, as is the case in many other democracies, that they’re automatically registered by the government.

“The All-Party Parliamentary Group on Democratic Participation on the ‘Missing Millions’ presents tried and tested solutions to keep the register up-to-date all year round. In many countries, automatic registration is used to avoid last minute administrative crises – such as the GOV.uk crash and deadline extension – and prevent problems such as Barnet’s poll book disaster in May.

“Automatic registration is a workable solution that must now be given proper consideration. Owen is entirely right to raise this issue now. This is the moment to evolve the foundations of our democracy, for the long-term.

“The ‘Missing Millions’ recommendations, backed by Owen, 84 other MPs, Peers and AMs – must now be implemented without delay. Bite The Ballot calls on the Cabinet Office to listen to Owen’s case, and lead the charge.”