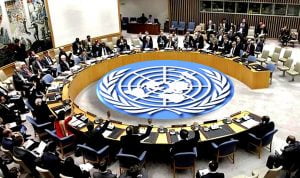 Local MP, Brendan O’Hara continues to raise concerns about the impact of Universal Credit across communities in Argyll and Bute following a recent report by The Trussell Trust.

The UK’s biggest foodbank charity has called for urgent changes to Universal Credit, as they warn that foodbank use in Scotland has risen by 15% in five months due to the in-built minimum wait of five weeks for a first payment – with many more people waiting even longer.

Commenting, Mr O’Hara said, “While the Work and Pensions Secretary, Esther McVey continues to defend Universal Credit, we are witnessing the real impact this benefit is having on our local communities across Scotland.”

“These appalling figures bring into sharp focus, the damning indictment of the UK government cuts to welfare, and the botched rollout of Universal Credit.”

“As these figures show, the five week delay in getting a first payment is pushing people into crisis, and this is just one example of why the roll out of Universal Credit must be halted immediately, so that fundamental flaws can be addressed.”

“Despite overwhelming evidence of the devastating impact this benefit is having on people across Scotland, Esther McVey and her government are hell bent on pursing their flag-ship Universal Credit project. It is frankly insulting and shows just how out-of-touch the UK Government is.”

The Trussell Trust Figures come as the UN Special Rapporteur on Extreme Poverty and Human Rights is visiting Scotland this week to investigate the impact of austerity and the link between poverty and the realisation of human rights.
https://www.trusselltrust.org/2018/11/06/action-still-needed-universal-credit-wait/

I was very pleased to secure a debate in the House of Commons chamber this afternoon on the role of the devolved administrations in COP26.This will be the most important COP ever and it is vital the world's largest economies do all they can to heed the stark warnings of the UN 'code red' report and cut global emissions to keep global temperature rise to 1.5 degrees, and to give the world a fighting chance in the war against climate change. They must also commit to doing all they can to helping the developing world which is the worst affected by climate change and give everyone a voice in the negotiations. The UK Government should also involve all the devolved nations and learn from their much more ambitious approach and commitment to tackling climate change. brendanoharamp.scot/2021/09/16/world-leaders-must-get-it-right-at-cop26/ ... See MoreSee Less

World leaders must 'get it right' at COP26 | Brendan O'Hara MP

UK Government should engage with devolved administrations and ensure global climate summit is a 'people's COP' I was very pleased to secure a Back Bench Business Debate on the Role and Response of the...
View on Facebook
· Share

Jumping for joy…that Oxfam’s excellent Second Hand September campaign is back! As usual I’m kitted-out, head to toe in clothes sourced from Argyll & Bute’s fantastic charity shops, because we have to stop sending 13 million items of clothing to landfill in the UK every week, when 95% of them could be reused or recycled. Say YES to Second Hand. ... See MoreSee Less

The SNP has said that independence is the only way to escape the long-term damage of Brexit, after figures revealed that post-Brexit trade barriers hit UK importers with an extra £600m in costs.HMRC data found that custom duties paid by UK firms went up from £1.6 billion in the first half of last year to a staggering £2.2 billion over the same period this year.The cost comes as businesses face Brexit bureaucracy, higher costs and increased number of checks - including complex "rules of origin" regulations that were put in place due to Brexit on the 1st of January.Commenting, the SNP’s Europe spokesperson Dr Philippa Whitford MP said: "At a time when many businesses are already struggling, due to the pandemic, the Tory government's extreme Brexit deal has piled on further hardship and economic damage."Brexit bureaucracy, checks and higher costs are burdening businesses across Scotland and the UK. The Tory government should be bringing forward meaningful support and compensation - not handing them a £600 million Brexit bill."Brexit has already played a major role in the shortages of food and staffing we are witnessing - with the lack of HGV drivers leading to further warnings of hardship and empty shelves in the coming months."Scotland rejected Brexit and it's clear that we are vulnerable under Westminster control. The only way to properly protect our interests and escape the long-term damage of Brexit is to become an independent country which is part of the largest single market in the world.” ... See MoreSee Less
View on Facebook
· Share

This is my speech in the House of Commons yesterday. It is indeed a dark time for democracy. brendanoharamp.scot/2021/09/07/new-tory-bill-could-lead-to-voter-disenfranchisement-on-an-industr... ... See MoreSee Less

'One of the darkest days for democracy' | Brendan O'Hara MP

Argyll & Bute MP Brendan O'Hara says Tory bill an attack on freedom and rights 'like never before' Yesterday, in the House of Commons, I spoke on behalf of many constituents and others across Scotland...
View on Facebook
· Share

Yesterday, in the House of Commons I asked Foreign Secretary Dominic Raab why emails I sent him on August 25, 28 and September 3 to specially set up inboxes for the Foreign Office, Ministry of Defence and Home Office containing a list of Afghan nationals urgently in need of help, have not been read or responded to. This list details staff members of Scottish humanitarian organisation, Spirit Aid, who are in fear of their lives. Amongst them are doctors, teachers, pharmacists and guards, as well as their families, some of whom have had to go into hiding since the Taliban took over.As you will hear, the Foreign Secretary assured me these emails would be responded to by close of play yesterday. I am still waiting. ... See MoreSee Less

The SNP has said "Scotland is being shafted" by Tory plans to impose a National Insurance hike on millions of Scottish families to fix Westminster's social care crisis in England.In a letter to Boris Johnson ahead of his parliamentary statement today, my colleagues Ian Blackford MP, Alison Thewliss MP and David Linden MP warned the Prime Minister against breaking the Tory manifesto pledge to keep National Insurance at current levels - arguing that it would be the equivalent of imposing a new Tory poll tax on Scotland that would penalise Scottish families by landing them with the bill to fix a crisis in England.The SNP Westminster Leader, SNP Shadow Chancellor and SNP Shadow Work and Pensions Secretary also raised the wider unfair and regressive nature of the Tory National Insurance increase, which would add to the intergenerational unfairness faced by young people and the pain faced by low incomes families, alongside Tory cuts to Universal credit and the premature termination of the furlough scheme.Commenting, SNP Westminster Leader Ian Blackford MP said:"Boris Johnson must ditch his damaging Tory tax hike, which would unfairly penalise Scottish families by forcing them to pay the bill for the Westminster social care crisis in England."Yet again, Scotland is being shafted with a new Tory poll tax being imposed against our will. Scottish families are already being hit hard by the £1040 Tory cuts to Universal Credit and the long-term economic damage of Brexit - they must not be forced to pay hundreds of pounds more each year for Tory failure."The Tories came to regret imposing the poll tax. If Boris Johnson breaks yet another manifesto pledge, the Tories will descend even further into irrelevance in Scotland."SNP Shadow Chancellor Alison Thewliss MP added:"Scottish families have already been hammered by a decade of Tory austerity cuts, and the UK now has the worst levels of poverty in north west Europe. If Boris Johnson goes ahead with this Tory tax hike, it will cement inequality and push families even further into hardship and crisis."It's increasingly clear there is no chance of a fair covid recovery at Westminster. The only way to keep Scotland safe from Tory cuts and tax hikes is to become an independent country, with the full powers needed to build a strong, fair and equal recovery." ... See MoreSee Less
View on Facebook
· Share

📸♻️ Our #SecondHandSeptember MP photoshoot stands FOR 🇬🇧 fashion, but against the 🌍 damage of #FastFashion

#ClimateEmergency No peace without climate action. UN’s Antonio Guterres says ‘It is time for leaders to stand and deliver, or people in all countries will pay a tragic price’. Hear our speakers on World Peace Day. Sep 21, 2021 19:00 London time
https://us02web.zoom.us/.../t%20ZAqcOyvqT8vGtFLiwC1b3q9Z7...

It's official: Teaching at SAMS UHI is among the best in the UK.

Earth & marine sciences @ThinkUHI was ranked 3rd in the UK - best in Scotland - in @guardian Best UK Universities and we recorded a 100% student satisfaction result.

Closing date is tomorrow for this great opportunity for a graduate to work with us at @MullandIonaCT. https://twitter.com/MullandIonaCT/status/1435516151325409280