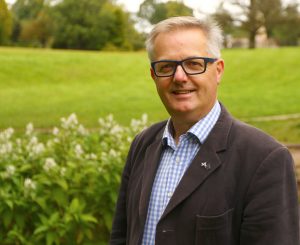 SNP MP Brendan O’Hara relaunched his Bill calling on the UK government to carry out an urgent and independent evaluation of the impact of Brexit on the UK’s vital health and social care sectors.

Speaking at the launch event in Glasgow – alongside the Scottish Government’s Constitutional Relations Secretary Michael Russell and a number of organisations and campaigners backing the Bill – Brendan O’Hara warned that the services faced an “unprecedented threat” given the mounting evidence showing that any form of Brexit would have a detrimental impact on the sector and its workforce.

The Bill has received wide cross-party support and the backing of more than 100 third sector organisations including UNISON, Health and Social Care Alliance Scotland and the Royal College of Nursing.

“The Tory government’s Brexit plans will inflict lasting harm and have a devastating impact on our vital health and social care services across Scotland and the UK.

“The threat to our health and social care sectors is unprecedented and this issue is far too important for it to simply be brushed under the carpet by the Tory government.

“That is why I am re-launching my Private Members Bill in Westminster – with the backing of cross-party MPs and over 100 organisations – calling on the UK government to act before it’s too late by carrying out an independent evaluation of the impact of Brexit on the health and social care sectors.

“We know that the threat of Brexit is already having a harmful impact on recruitment and the well-being of our public services. Analysis has revealed that the number of EU nurses applying to work in the UK has already fallen by a staggering 87% and over 7,000 nurses and midwives from the EEA have left the UK since the EU referendum – and this is all before we have even left the EU.

“As we head into today’s Queen’s Speech, I am urging the Tory government to heed the evidence and warnings from third sector organisations and to commit to an independent impact assessment – also consulting the devolved governments and health administrations – on the consequences of Brexit on the industry.

“There is a crisis looming and the UK government’s lack of action is deeply concerning – it will be those that rely on the service and need it most and those that deliver it that will be paying the price.

“With Boris Johnson intent on pursuing his extreme Brexit plans, it’s becoming increasingly clear that the threat to our economy, jobs and people’s livelihoods is growing and that the only way to properly protect our interests is through independence.”

The Private Members Bill was first introduced last November, and had it passed it would have required the UK government to carry out an impact assessment on the effects leaving the EU would have on health and social care services.