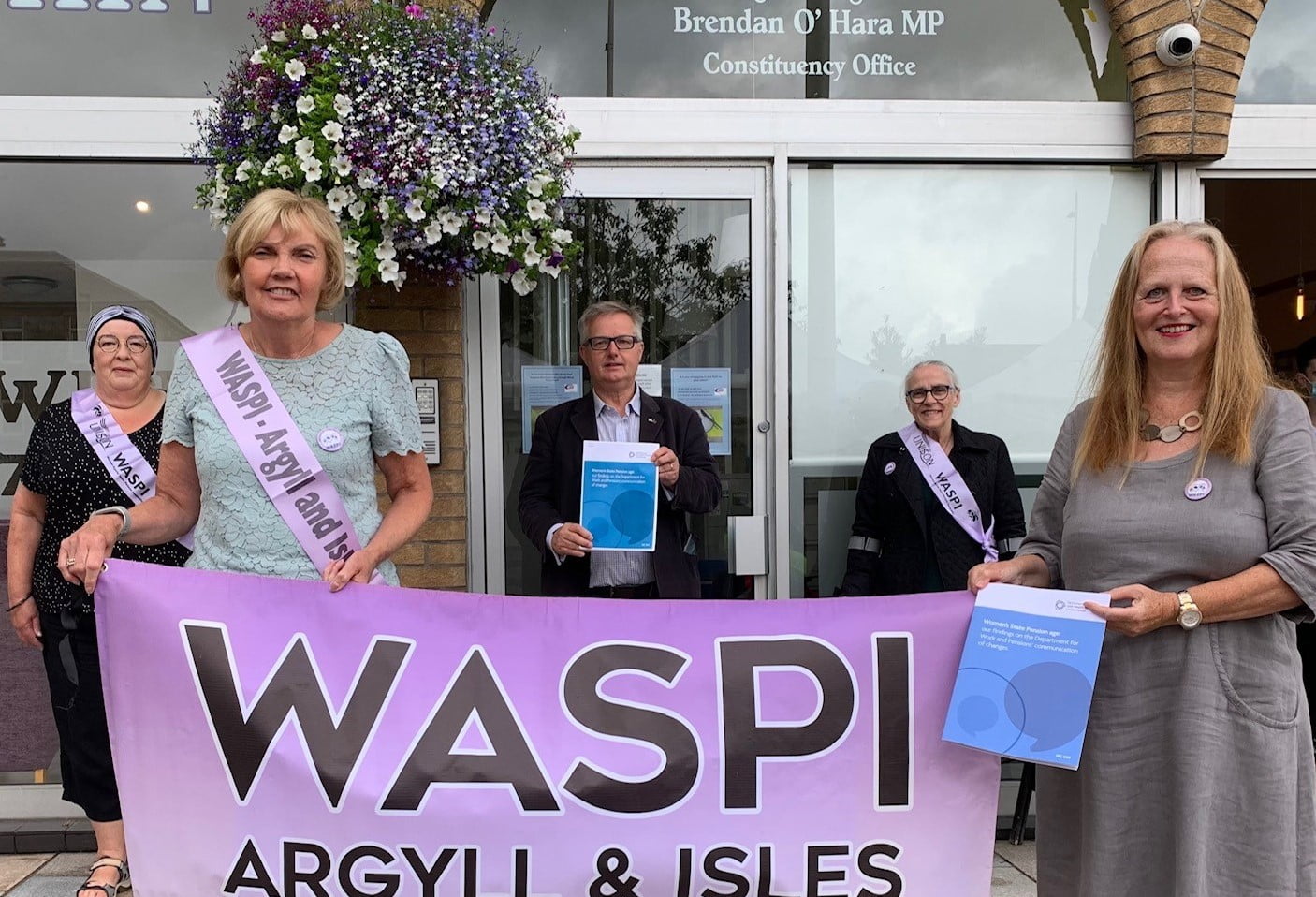 The UK Department of Work and Pensions (DWP) must act with “utmost urgency” to rectify mistakes resulting in 6,700 women across Argyll & Bute – and 3.8 million women across the UK – being kept in the dark over changes to their State Pension age.

Argyll & Bute MP Brendan O’Hara said a recent, damning report by the Parliamentary & Health Service Ombudsman (PHSO) found the DWP failed to take adequate account of the need for targeted and individually tailored communication on State Pension age changes for women born in the 1950s and, once it was aware of these mistakes, then continued to take the same action despite knowing it wasn’t working. The Ombudsman said the DWP’s failures amounted to “maladministration”.

PHSO Chief Executive Amanda Amroliwala also said their investigation found the DWP, “failed to act quickly enough once it knew a significant proportion of women were not aware of the changes to their State Pension age”, and that it “should have written to the women affected at least 28 months earlier than it did”.

In a letter to the Secretary of State for DWP, Therese Coffrey, Brendan O’Hara MP said: “These failings have had a huge impact on the lives of so many women in my constituency, bringing untold worry and stress for them and their families over their financial future. It is therefore vital that you and your department address the findings outlined in the PHSO’s report to ensure justice is secured for all the women impacted by these changes.”

The local MP is a staunch supporter of the UK-wide WASPI (Women Against State Pension Inequality) campaign and the Argyll & Isles group, meeting members and raising the subject in the House of Commons on numerous occasions.

Brendan O’Hara added: “The SNP have worked towards securing fairness for the women impacted by the changes to the State Pension age and have continually advocated on their behalf in Westminster. The women – and men – involved in the WASPI campaign, including the Argyll & Isles group, have worked so hard to keep this issue in the spotlight and have this inequality rectified and rightly so. My SNP colleague and I will continue to support the WASPI campaign as we wait for the next stage of the Ombudsman report to be published.”

Argyll & Isles WASPI organiser Ann Greer said: “1950s born women in Argyll & Bute, have been campaigning about State Pension age changes since 2015; some of us met with Brendan at the first Women Against State Pension Inequality demonstration at Westminster in 2016 and others at the even bigger one in 2017 and have appreciate his continued support.

“WASPI Argyll and Isles group have had cross-party support in Argyll & Bute Council – a member from Kintyre and I spoke at a council meeting in 2016, where the WASPI Motion was unanimously passed by councillors.

She added:  “We are part of UK wide (plus International group) Women Against State Pension Inequality Campaign. It is time for the UK Government to stop conflating our Ask as if we are campaigning for women’s SPa to be returned to 60. We are not. DWP’s response to Ombudsman’s first report did likewise; WASPI is not opposed to SPa equalisation-men and women have retired at the same age, for some time now. Our issue is with the way this was done-PHSO has now proven that maladministration has occurred. “

“We await the next stages in the PHSO’s investigation and hope that they advise the UK Government to ‘put things right’.”

Saving Channel 4 from privatisation is essential to democracy