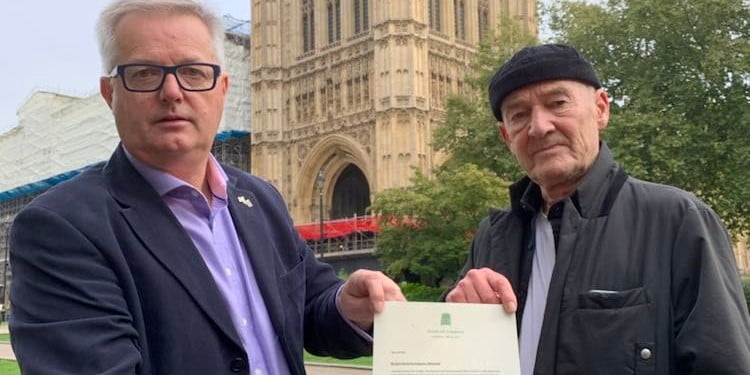 In August, just days after the Taliban seized control of Afghanistan I wrote to the Foreign, Commonwealth and Development Office in my capacity as SNP international human rights spokesperson, asking for the UK government to help evacuate Afghans working for the Scottish humanitarian aid charity, Spirit Aid, and their families.

The charity, founded in 2002 by the actor David Hayman, provides vital assistance in some of the poorest countries in the world including those living in extremely rural, deprived areas of Afghanistan.

The press are not giving the full picture of what is happening on the ground, there are major, major reprisals”

Following the end of the UK evacuation programme, Operation Pitting, the Home Office took over dealing with cases but I have not received a reply to say if they will even consider helping Spirit Aid staff who include doctors, teachers and midwives.

As you will hear in this clip, David is very concerned about his staff and their families who say the situation is far more dangerous and worrying than is being reported. People are desperate and in daily fear for their lives.

“The press are not giving you the full picture of what is happening on the ground in Afghanistan, there are major, major reprisals’, he said.

“So, we’re dealing with a whole group of professional, dedicated, hard-working people who have served their country in Spirit Aid and the overseas work of the United Kingdom for the last 20 years and we have literally, this Government, have deserted them.

David and I have now delivered a letter to the office of the Minister for Afghan Resettlement, Victoria Atkins but no response has been received. We’ve also written letters to the Prime Minister asking for an audience with the home secretary, Priti Patel, with the person who is involved with the Afghan Taskforce, and we’ve had no response as yet.

The UK government should hang their heads in shame at this moral, political and humanitarian tragedy that could have been avoided.