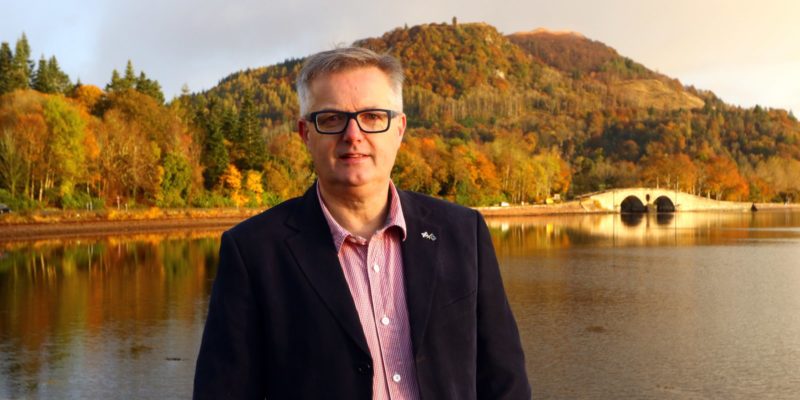 I’ll be in Oban on Friday 17th May. If I can help please don’t hesitate to get in touch.

I’ll be on Colonsay on Thursday 18th April. Please don’t hesitate to contact me if I can help.

I’ll be in The Rockfield Centre, Oban on Wednesday 10th April. If I can assist please don’t hesitate to get in touch.

I’ll be in Bowmore, Isle of Islay on Tuesday 9th April. If I can assist please don’t hesitate to get in touch.

This is a really helpful update from the Financial Conduct Authority (FCA) on business interruption insurance and the test court case it is pursuing on the validity of claims.
I have contacted the FCA on behalf of many local businesses affected and I know many constituents have also been in touch with them directly. ... See MoreSee Less

The Financial Conduct Authority (FCA) is today providing an update on progress on its court action on business interruption (BI) insurance policies.
View on Facebook
·Share

A huge well done to all involved in Achievement Bute and those who contribute to the weekly 'Lockdown News' bulletin. This week's show features a really helpful update on lockdown guidance - including a reminder not to flock to our local beauty spots - a piece on Rothesay Golf Club and the great tractor tribute to the NHS and other key workers by Bute Junior Agricultural Club (BJAC) . You can also see Mia's interview with me in the 'The Grilling'. Well done all! ... See MoreSee Less

THE LOCKDOWN NEWS @ 6PM The ABC News Team have been busy collecting all the stories from Lockdown this week! Argyll and Bute MP, Brendan O’Hara, gets grilled...

The SNP's Shadow Chancellor has warned the Tory government against putting jobs and businesses at risk with proposed changes to the furlough scheme - after a quarter of employers said that they will not be able to cover salary contributions for furloughed workers.

Research published by the Institute of Directors yesterday revealed that a quarter of employers using the furlough scheme would be unable to afford to make any contribution at all towards workers' wages as the economic hit of the pandemic is felt.

My Westminster colleague Alison Thewliss MP has called on the Chancellor to step back from plans to lower the UK government's salary contribution from 80 per cent to 60 per cent from August - forcing businesses to cover the significant salary gap – saying that the move could lead to mass redundancies as businesses are pushed to the brink by taking on unmanageable debt or being unable to afford salaries.

The SNP has also renewed calls on the UK government to ensure that the devolved nations continue having full access to the scheme for as long as is required to protect jobs and the economy. ... See MoreSee Less

Great work from the Advertiser in turning this summary on the 'do's and dont's' of Phase One around very quickly following the First Minister's briefing at lunchtime.
Please remember the overall message is still to stay at home where possible, avoid visiting local beauty sports, remain in your primary residence (not a second home) and please do not try to travel on the ferries or to remote communities unless absolutely necessary.
We must continue to follow public health guidance including regular handwashing and social distancing to keep the 'R' number down. This will allow us to continue to move through these phases of easing lockdown as quickly and safely as possible.
More information is also available at www.gov.scot/coronavirus-covid-19/ and on my website brendanoharamp.scot/2020/05/28/phase-1-on-the-routemap-to-easing-lockdown/ ... See MoreSee Less

Scotland's lockdown eased: Six things you can and can't do as 'phase 1' begins

First Minister Nicola Sturgeon will give a press conference at 12.30pm today on the review of the coronavirus lockdown restrictions. All guidance is available at www.gov.scot. You can watch the press conference at twitter.com/scotgov ... See MoreSee Less

The SNP has said Boris Johnson's ignorance over the fact that many people in the UK have no recourse to public funds under current Tory government rules is "jaw-dropping" - and have renewed calls for everyone to have access to the support they need.
This is a matter that many constituents across Argyll & Bute have contacted me about over the last few months since lockdown began and I have written to the Chancellor about it. However, I am yet to receive a reply.
In yesterday's Liaison Committee, when challenged over no recourse to public fund rules, the Prime Minister expressed astonishment that some people were prevented from claiming social security under rules his own government imposes.
The SNP has repeatedly called on the UK government to change no recourse to public fund rules so that everyone in the UK has the right to access support, which they say is especially vital during a global pandemic.
Commenting, my Westminster colleague and SNP Shadow Immigration Minister Stuart McDonald MP said:
"It is absolutely jaw-dropping that after more than twenty years as an elected representative, including Prime Minister, Boris Johnson appears totally unaware of the plight of people who are prohibited from having recourse to public funds by his own Tory government.
“However, I’m pleased he seems as mystified as anyone over why people should be prevented from getting the support they need. He has the perfect opportunity to fix this when the Immigration Bill comes back to Parliament in a couple of weeks, and my SNP colleagues and I will be very happy to help him." ... See MoreSee Less

The SNP has called for clarity on coronavirus funding after the UK Government backtracked on £70 million worth of funding pledges for business and charities in Scotland.

On 2nd May, the UK Government announced a £617 million extension to business grants, which it advised would generate £60 million of funding consequentials for Scotland under the Barnett Formula. This was then duly committed to the Scottish Government’s Covid business response.

“The Scottish Government committed to spending that money in the belief that the UK Government would honour its word – this funding has failed to materialise, raising serious questions around future funding positions.

“We’ve already seen the Scottish Government take action to fill gaps in UK-wide support schemes through the Pivotal Enterprise Reliance Fund and the Newly Self-Employed Hardship Fund, so the last thing we need is an additional financial burden because of the Treasury’s change of heart.

“The Treasury must act immediately to ensure the £70 million they promised is allocated to the Scottish Government as quickly as possible and in its entirety.” ... See MoreSee Less

Over the weekend and this morning, hundreds of constituents from across Argyll & Bute have contacted me to express their anger and dismay, not only at the decision by Boris Johnson's special adviser Dominic Cummings to travel 260 miles in a car with a small child while he and his wife were displaying symptoms of Covid-19 but also at the astonishing display of support given to him by the Prime Minister yesterday afternoon, despite growing public anger and the overwhelming evidence against Mr Cummings.

In refusing to sack Mr Cummings, the Prime Minister has chosen to prioritise his own narrow political interests ahead of protecting the health of the public.

By defending Mr Cummings’ action, the Prime Minister has in effect, told the people of England that there are no rules or guidelines to tackling this virus that cannot now be superseded by individual “instinct” and the application of some abstract concept of “common sense”. This simply beggar’s belief!

On Saturday, as the story broke, the SNP leader at Westminster Ian Blackford MP, wrote to the Cabinet Secretary, Sir Mark Sedwill asking for a full investigation of this matter.

Following yesterday’s Press Conference at Downing Street, the SNP group at Westminster tabled the following parliamentary motion;
"That this House calls on the Prime Minister to seek the immediate resignation of his chief adviser, Mr Dominic Cummings; notes with concern the damage Mr Cummings' breach of clear lockdown rules during the Covid-19 pandemic has done to public health advice and public confidence in it; further notes that other senior public employees have resigned or been removed for similar breaches of lockdown rules; further calls on the Cabinet Secretary to conduct a swift inquiry into the sanctioning of this breach of lockdown rules and any measures taken within government to restrict full transparency on this matter; concludes that there cannot be one rule for the Prime Minister’s senior advisers and separate rules for everyone else."

We shall continue to press the Prime Minister to recognise the enormous damage this scandal is doing in undermining the public’s confidence that only by obeying strict guidelines can we save lives and protect the National Health Service from being overwhelmed.

I will also be forwarding all emails from concerned constituents directly to Boris Johnson so he can fully appreciate the magnitude of public concern about Mr Cummings' actions and his own response.

A petition has also been launched www.change.org/p/uk-parliament-dominic-cummings-must-be-sacked

I would like to thank you for all that you have done to keep yourself, your family and your community safe and would urge you to continue to follow Scottish Government guidance during this very challenging time. ... See MoreSee Less

Member of Parliament for Argyll & Bute.

We are delighted to welcome the Gourock-Kilcreggan ferry service into the CalMac family from today. The 13 minute crossing becomes our 29th route and the leasing of the MV Chieftain takes our total fleet complement to 34 vessels ⛴️.

Really enjoyed tonight's virtual quiz with @DUSNA_1. Great to catch up with friends in sunny Dundee! Thanks to @Josh_Harper1999 for inviting me along and to @BrendanOHaraMP for hosting!

Brilliant, passionate piece by ⁦@fidelmacook⁩. My OH agrees with every word of it and he voted NO in 2014. Things are-a-changing.

Argyll and Bute MP, @BrendanOHaraMP, gets grilled with the questions that adults are too scared to ask!🤩

World cup of Uk constituencies@WCofElectorates·
26 May

Vote & Retweet for a Larger Audience

Our wee shop is now on the fabulous @Isle20Shop! https://www.isle20.com/atlantic-islands-centre/ Local crafters, cards, books. All sales go towards keeping our centre afloat!

@WCofElectorates With @BrendanOHaraMP shaving his head for @macmillancancer a couple of years ago and considering doing it again it has to be Argyll and Bute.