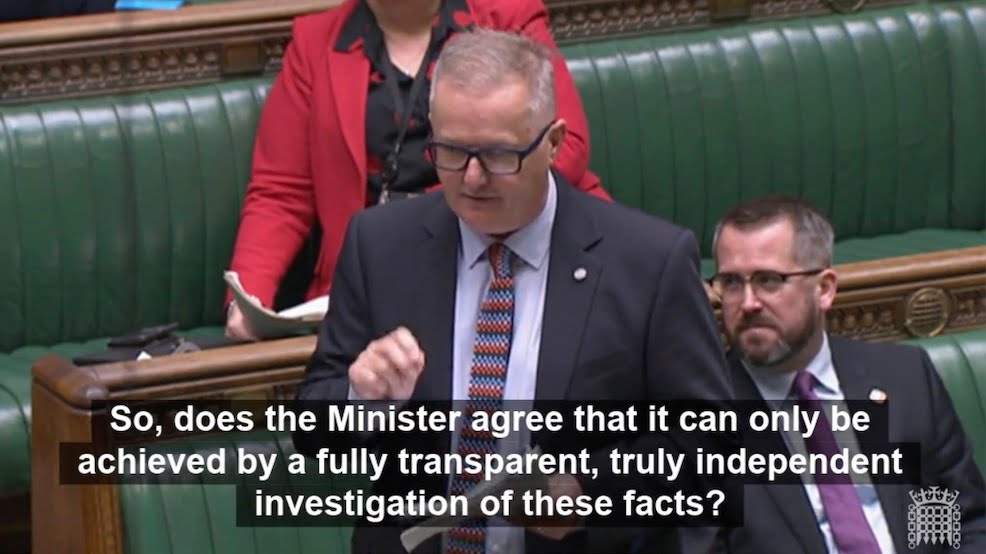 On Tuesday, I spoke in the House of Commons after several whistleblowers and victims of sexual harassment came forward to speak of their traumatic experiences whilst serving in the Royal Navy.

Many woman have spoken out about the continued sexual harassment that they experienced over a number of years, at the hands of colleagues at every level within the service. Former Lieutenant Sophie Brooks described her experience as constant and worryingly, from the top down.

The reports that have emerged over the weekend are truly shocking and I pay tribute to the women who have spoken out over the abuse they have suffered.

It is completely unacceptable that misogyny and harassment of women are apparently endemic within the Royal Navy, and unless a complete overhaul happens within the service, I am concerned it undermines the hard work of the thousands of honest and hard-working personnel that will be equally shocked by this horrific news.

I am rather sceptical about the First Sea Lord’s announcement of yet another internal investigation and would call for a thorough, independent investigation – one that can report without fear or favour

I have called on the Minister for the Armed Forces to announce a fully transparent, truly independent investigation of the abhorrent experiences that so many women have had to endure whilst serving in the Royal Navy

You can see me raising this with the Minsiter for Defence People, Veterens and Service Families earlier this week in the video below.